And what about the blue fish?

Writing about moderation is boring. Click, click, hook. That’s what we’re looking for. Sensationalisms sell themselves. Add “super” to any word, and you increase the chances of someone reading your article.

The first mention of the term superfood is related to bananas. In the early 20th century, as part of a marketing strategy to increase banana imports, United Fruit Company called them superfood. 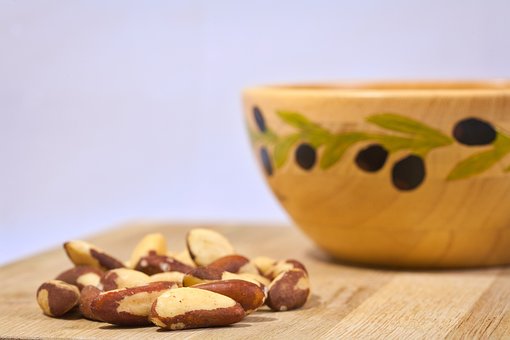 Superfood promises to improve sports performance, memory, immune system, skin, weight loss… Or most often all in one. How well are such promises made?

They did not. First of all, the concept of superfood is unfounded. There is not even a single definition, let alone the scientific classification of superfood. Think of a nutritious version of the wild west and you’ll get an approximate picture of the state of things. The concept closely follows Hippocrates’ statement, “Let food be your medicine, and medicine be your food.” Given that food is not medicine…

To be honest, there are foods that may be good for your liver, pancreas, brain, or for multiple organs at once, but it is not considered medicine. It won’t heal you, but only contribute a little.

The Merriam-Webster Dictionary defines superfood as “nutrient-rich foods that are thought to provide health benefits.” There are two basic problems with this definition.

The first is that it defines a (too) large number of foods. And if most foods are great, the epithet “super” loses meaning. That is, it becomes clear that he never had one.

Another problem is the assumption that because it is abundant in a particular nutrient, the food will be especially healthy. Sufficient vitamin C will prevent scurvy. A larger quantity will certainly cause something even better? It will not. In the case of Vitamin C, the excess will simply be thrown out by the body. In another case, the excess will be toxic.

If we accept this definition and its logic, we will have to conclude that dietary supplements are hyper nourishment. (They did not).

The science of superfood

Should I mention that the concept of superfood has become popular in the media, not among scientists? When I type “superfood” in the Pubmed search engine, I get a query whether I meant “superfood”. So much for the scientific merit of the term.

Proponents of a particular supermarket have attributed various health benefits to them. However, such claims are almost entirely without the support of scientific research, especially those of high quality. In other words, they are unfounded.

In 1991, the USDA (United States Department of Agriculture) created a tool for evaluating the antioxidant activity of foods, ORAC (Oxygen Radical Absorbance Capacity). Antioxidants reduce the level of free radicals in the body, which is considered to have a positive effect on health.

So the higher the ORAC, the better.

Twenty years later, the USDA withdraws the tool from use after concluding that the antioxidant story is not as simple as we would like it to be. For example, today it is considered that a certain level of free radicals in the body is desirable, that is, they have a positive effect on health.

From this tool comes the story of blueberries as the ultimate superfood, given its very high ORAC.

Superfood is not harmless

Does this mean that superfood is harmful?

By itself, it is not.

Almost without exception, these are food of plant origin. If you are an average person, it is a good idea to increase your food intake.

On the other hand, won’t following this trend have a positive effect on your health?

But it’s like trying to hit the basket with your eyes closed – sometimes you’ll succeed, but not because of what you’re doing, but in spite of it.

The concept of superfood is not only unfounded, it is also potentially harmful. Emphasis on individual foods instead of food groups limits diversity, the basis of healthy eating.

Namely, if you eat chard, you will not be able to eat spinach every day. And if you do, you won’t eat broccoli. We cannot say that one vegetable is better than another. To achieve optimal health, we need different.

Have you noticed that superfood is almost exceptionally expensive? Or at least more expensive than one not so great? Who would pay up to several times more for certain fruits or vegetables, unless he believed he had some magical characteristics?

This is why these characteristics are most often attributed to exotic foods, which, because of transportation costs, have a higher cost per se. There must be some reason why we will pay more for the groceries.

And when he saw that story was selling well, someone remembered to call ordinary food super-food. That’s how kale became once. And got my day in the US.

One of the reasons why the concept of superfood is so successful is the lack of a definition of healthy eating. If we do not know what we should strive for, it is easy for us to sell something we do not need.

Superfoods are not the only nutrient-rich foods. High levels of nutrients are also found in many “ordinary” foods, most notably in supplements. This makes the term superfood questionable, not to say useless.

The concept of superfood is just another example of the search for a magic pill that will solve all our nutritional problems. But don’t go for marketing gimmicks.

Focus on the diversity of your diet. Avoid emphasizing certain foods at the expense of others. Don’t avoid superfood, but don’t consider it great. If you already need something great in life, let it be a great diet.

Adam Reeve is a dietitian who specializes in writing to enlighten the masses. He advocates for lifestyle changes through simple exercises and healthy diets, such as the ketogenic diet. His work is extensively researched to provide updated information to his readers. Adam spends his free time at the gym or hiking.

5 Best Beaches for Honeymoon in Mauritius (with Photos)