● Did you know that the Mona Lisa has been valued as the world’s most expensive artwork at over $2.5 Billion Dollars?
● Are you aware that Leonardo Da Vinci’s masterpiece was also one of his most artfully drawn paintings using the ‘sfumato’ technique?
● Have you wondered why the Mona Lisa has been placed at the Louvre and is the most guarded painting in human history?

Even after five centuries, Leanardo Da Vinci’s Mona Lisa continues to fascinate art aficionados in multiple ways. The painting sits at the world-famous Louvre Museum behind a bullet-proof air-controlled glass vacuumed panel to protect it from withering away.

What makes the Mona Lisa unique is the history, controversy, and the legacy with which Da Vinci created the painting. In this article, we are going to look at some important aspects of the painting.

Who is the Woman in the Mona Lisa Painting?

According to Isleworth Mona Lisa, the woman in the painting has been identified by art biographer, Giorgio Vasari as Lisa del Gherardidi. She was the wife of a wealthy Italian man, who wanted da Vinci to create a portrait of his wife.

Philosophers like Sigmund Freud have suggested that the painting is in fact of Leonardo’s mother, Caterina. Freud was of the opinion that the smile of the Mona Lisa is the result of some memory of his mother, which Da Vinci had.

A third school believes that the painting is of Leonardo da Vinci himself. Many scholars and art historians have pointed to the similarity of the facial features. They state that da Vinci had imagined himself to be a woman and painted the same.

However, there is still no consensus on who the painting belongs to. Many have also argued that unearthing Lisa del Gherardini’s mortal remains and doing a DNA analysis might help shed light on the same. 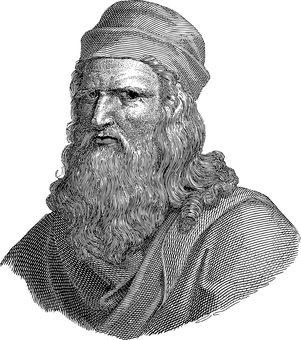 There are many art historians who rate Mona Lisa as one of da Vinci’s finest paintings to date. While on a superficial level, the painting might seem to be that of an ordinary woman sitting in front of a landscape, it is the finer details, which make it extra special.

The half-portrait was something, which went against traditional Italian art of the time. Paintings were drawn on full portraits and rarely on half ones. The Mona Lisa paved the way for half portraits, and this is something, which continues even to this day.

Da Vinci used the intricate shading technique of ‘sfumato‘ on the Mona Lisa. This is why the hair, the tresses, and the curves of the face and body appear to be so richly expressive. Many commentators have pointed to the fact that the painting reflects da Vinci’s patience and perseverance.

The first major controversy over the Mona Lisa was between the countries of Italy and France. While da Vinci started painting in Italy, he moved to France in 1508 and is stated to have completed the painting there.

An Italian nationalist who believed that the Mona Lisa is Italian and should belong in the country burgled the painting. Many people, especially artists have been recorded to have ended their lives as they were unable to come to terms with Mona Lisa’s impressive beauty.

The French emperor, Napolean Bonaparte was so enamored with the painting that he hung it in the bedroom of his Versailles Palace for many years. It was moved to the Louvre Museum in the mid-19th century.

There are very few artworks in the world, which can claim as storied a history as the Mona Lisa. The painting has been the object of discussion for centuries and shows no signs of slowing down. It has also gone down in history books as the most visited painting in the world.

Can you think of some more interesting facts about the Mona Lisa? Let us know in the comments section below.